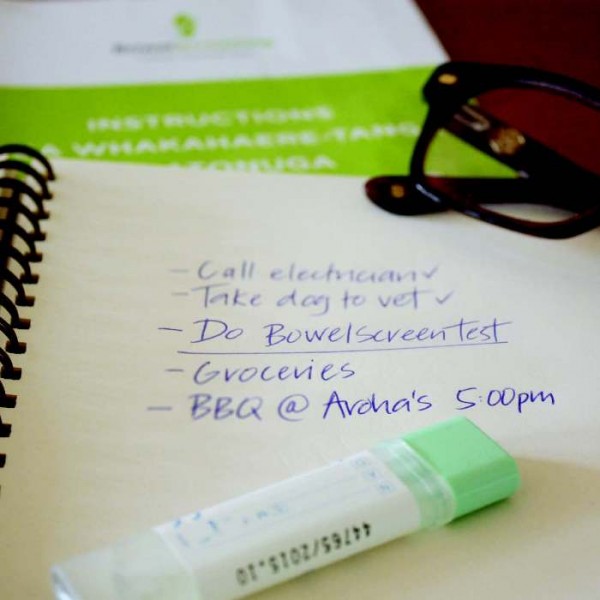 Bowel cancer is the second most commonly diagnosed cancer overall for both men and women in New Zealand, and the second leading cause of death from cancer. Bowel screening can help save lives by detecting bowel cancer at an early stage when it can be more easily treated and often cured. This is important as there may be no warning signs that bowel cancer is developing.

Bowel screening at Waitemata involves offering  people aged between 50 to 74 years a screening test called an Faecal Immunochemical Test (FIT) to check for tiny traces of blood in their bowel motions that may be an early warning that something could be wrong.

If a certain amount of blood is found, participants are offered a diagnostic colonoscopy which can detect polyps and cancers if they are present. Polyps are not cancers, but they are growths that may develop into cancers over a number of years. Polyps can usually be removed during a colonoscopy.

What is a colonoscopy?

A colonoscopy is the most common test used to check the bowel. It involves a specially trained doctor passing a thin flexible tube with a light and camera on the end, around the large bowel (colon). This is not generally a painful procedure but it can be uncomfortable.

What are we trying to achieve?

Bowel Screening participants are invited to collect a faecal (stool) sample and mail it to a testing laboratory.  Participation varies between ethnic groups with lower rates occurring in Māori and Pacific Island populations.

The Bowel Screening Programme team wanted to explore an alternative way  of returning the test kit to the laboratory with the view to finding out whether this would increase Māori and Pacific Island participation rates.

What have we done?

During a five month trial period the Bowel Screening Programme Team included an additional leaflet in all the test kits sent out. This leaflet contained information offering participants two choices to return their test kit:

What did we find?

Did we make a difference?

The trial has clearly demonstrated that the offer of an alternative test kit return option was:

Where to from here?

The Bowel Screening Pilot has recommended to the Ministry of Health that people be given two options for returning their test kit to the laboratory – by mail or community collection centre – when the programme is rolled out across the country.

Waitemata District Health Board - Copyright © 2020
Back to top